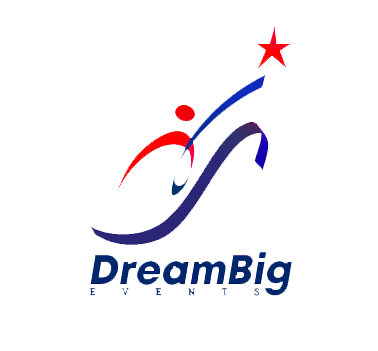 The Universal Tennis Rating (UTR) is a global system that aims to provide an objective, consistent, and accurate measurement of every tennis athlete’s skill. It scores players on a scale of 1 to 16–regardless of age, gender, nationality, or location of a match. For a better context, to have a UTR of 16 means joining the ranks of Novak Djokovic, Rafa Nadal, and such.

The UTR is also the rating tool employed by College and University Coaches across the United States to recruit and rank players as they scout them for inclusion in their rosters. There are three factors that go into one’s UTR: the score of their opponent, the number of games won, and how their matches for the past 12 months fared along. By having a UTR, one is measured based on his skill, as he gets to play more matches and therefore improve as he moves on from one round to the next.

With a primary objective of giving Indian Junior tennis players an opportunity to get UTR-rated, DreamBig Events––a Pan-Asian events management company––has launched the UTR in India through  a UTR Challenger Tournament Series across India this year. A UTR rating allows Junior Indian Tennis players to be on the same level playing field as other American recruits, allowing them to be viewed completely fairly and according to their ability and talent.

The first of the UTR Challenger Tournaments held in Ahmedabad at the Ahmedabad Racquet Academy on the 5th, 6th and 7th of July received an overwhelming response from Indian juniors who flocked to the tournament. Parents have also sent many congratulatory messages, which is great because that tells us we are indeed on the right path.

The tournament is in a round robin format, where every player is guaranteed three matches. A round robin is oftentimes better than a knockout format, where players don’t get to move to a different round once they lose. A round robin assures that they still have a chance with the next matches they play. Those who win first place of Group A Boys and Group A Girls have free entry to the Silver Series Camp, slated in August.

The Silver Series Camp is a three-day camp that includes a two-day UTR Tournament and a two-day camp with tennis coaches from top U.S. colleges. Right after this, there is the Gold Series Camp, which will be conducted through a similar format. Here, young athletes will have the opportunity to be recruited by top U.S. universities on the lookout for the next court phenom.

These UTR Challenger Tournaments allow junior tennis athletes in India to either a) increase their UTR if they already have one existing, or b) finally attain one. Furthermore, these grant them the opportunity to be recruited into a U.S. college varsity–and therefore a chance to join the ranks of their tennis idols later on, once they become pros.

As part of its vision to be part of the growth and journey of these young athletes, DreamBig is set to visit more cities around India and bring these kinds of tournaments. More tournaments are planned for this series this year––including events in Hyderabad, Mumbai, and New Delhi––as to boost the number of junior tennis players from India getting into some of the topnotch U.S. college teams.